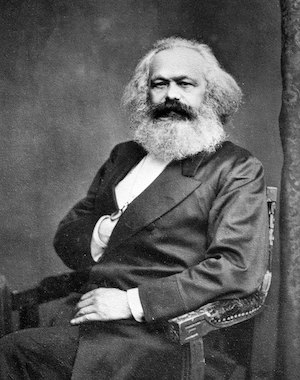 What is a good song?

What makes a good song good?

We might find it hard to agree on an answer. So let's start with a related question: what makes a pop song popular?

I'd argue that a pop song is largely made popular by its ability to reproduce a style and sentiment - a social meaning - similar to that of other currently popular songs. If it's 1964, that might involve a bunch of guys wearing similar clothes and singing in a blues-inflected manner, accompanying themselves with guitars and drums. If it's 1978, our song might have a disco beat, a Rhodes, and falsetto vocals. In 2014, that dance beat would be created electronically, and the song might feature a woman singing about self-empowerment; in the middle, a man might speak some rhymes over the beat.

Few people would claim that all popular songs are “good,” though, or that, the more popular a song, the “better” it is. So what is “good”? What gives a song an inherent value apart from its ability to appeal to a specific audience at a specific time? I'd say that a song is “better” if it in fact contains some sort of inherent quality apart from its style, if it appeals to different audiences, if it holds interest years after its creation. It's “better” if repeated hearings reveal new wonders, and thus our song is worth hearing not once, not five times, but twenty times or more. It is timeless - a “classic”.

So, then - what makes a song timeless? Perhaps the arrangement and performance evoke powerful emotions. Maybe it was sung by, say, Marvin Gaye. But isn't it more impressive if the song is effective even when covered by another performer? Surely such a song is better still? Surely such a song has better odds of speaking to us across five years - ten - a hundred?

Take away the style, take away the arrangement and the performance, and what's left? The words and the notes - the bones of the song. A song that stands up to such scrutiny is the sort of song that interests me most. Sure, I love simply constructed songs that match my stylistic inclinations - Jonathan Richman, anyone? But generally I care most about a song that's just as “good” when it's reduced to a lead sheet.

A friend tells me this makes me a “formalist” - a critic of the pre-rockist era. Or maybe I'm just a nerd. But I believe in the notes! I think that, for much of the “best” music in this world, you can find inherent value in the notes, and pop is no exception.

I've always been this way. I first analyzed music in public in tenth grade Speech Class where, to general puzzlement, I gave a speech analyzing “When Doves Cry”. As I will do in this column, I never played the original recording, but instead illustrated my points with recordings of myself playing the piano. (And I still think it's all about how Prince withholds the V-I cadence until the end of the song.)

In high school, I devoured music theory books. In college, I took all the theory courses I could fit in with my computer science major. Afterwards, moving to California, I unsuccessfully pitched punk mag MaximumRockNRoll on a column where I'd analyze punk songs. (I've still got a great column planned for “Anarchy in the UK.") As a music graduate student, I flirted with the idea of becoming an academic theorist, but I wanted to write about pop music, and I just couldn't treat it as a subset of classical music as theorists often did. When trying to write about the Beatles for a publication, I rebelled against using words like “descant”. Plus, I'd fallen in love with indie rock and was too busy playing in a series of tiny little DIY bands to pursue a career in classical music.

But still I kept thinking about pop songs and how they work. Which brings us to this blog.

Here, we'll take apart great songs to see what makes them tick. We'll look at songs from the Beatles on, and sometimes before. For us, style will not matter; social context will not exist. We won't care who sang the song or why. We'll admire songs that critics love and songs critics despise. (Genesis, anyone?) We will never use the phrase “steaming slab of hot vinyl”. We'll even ignore the lyrics! For us, music is what it is. It will consist of the notes, the notes, and nothing but the notes. Other people are already discussing the rest, and doing so extremely well. We don't have to.

While some musical background won't hurt, you won't need to be able to read music to read this blog. We'll provide plenty of audio examples. And we'll avoid musical notation except in case of emergency. And I hope to start a dialogue - I'm hoping to learn more from you than you do from me! I can't wait.