What Makes a Tune Melodious? 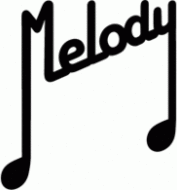 No doubt plenty of great songs have been written in a flash of inspiration, in ten minutes or less, without any need for editing. How wonderful it must be to create something great with so little effort! But, for those of us who aren't Mozart, a bit of inspiration is followed by a lot of perspiration. And I submit that many, many songs can be improved by thinking hard about that gift from the unconscious, noticing which parts are awesome and which are not, and improving the bad parts until it's all awesomeness. Or, at least, until the awesome bits aren't followed by bits that undercut them.

So, the following are some tips I'd offer to those who wish to write more melodically. These are not for everyone, but I believe they're for someone. They've certainly helped me!

Note that these audio samples may not work in Internet Explorer or Opera. Any other browser - you're golden!

I believe a melody is "melodic" in direct proportion to how much it moves independently from the bass. The least melodic sort of tune is one where the tune follows the roots of the chords. A more melodic tune follows its own path. Better to break free of the tyranny of the bass line and make a tune that soars above it! Like any great rule, this one has wonderful exceptions, such as the Beatles' "All My Loving" (but see below) - but a melody that hews to the chord roots tends to be static and uninteresting.

Let's say you had a chord progression consisting of the chords A, E and D. Then, the least melodic tune would be one that followed those chords exactly, as in, a melody that just went A-E-D. A melody that followed the chords at a constant interval - say, E-B-A - would be just as unmelodic. A one-note melody would be better! Say, if the melody stayed on E for the first two chords, you'd build some tension that you could resolve by staying on E over the D chord and then resolving down to D.

Here's a more detailed example. Let's say you are working with these four chords, one per measure. (And if you're using a modern browser, you'll be able to click and hear audio samples!)

Now, here's what I'm calling the least melodic tune possible, one that simply follows the chords at an interval of a fifth. The top line is the melody, and the bottom line is the chord. As above, each square represents a measure.

Even the smallest departure from this slavish following of the chords will help! Like, what if we just inserted a B between the C# and the A?

And how much more interesting would it be just to have the melody stay on the same note for the first two measures, then descend gradually and follow the bass line?

And what if our melody actually moved independently of the chords? This makes the shift from a pretty good rock/dance tune to an unabashed, soaring pop melody. A hit!

And now have a little fun tweaking chords, tune, and so on!

In classical music, composers prized "contrary motion" in counterpoint, which is to say, they liked it when the bass and top line went in opposite directions. This is something to strive for in pop melodies as well - not that they must always be in contrary motion, but that they should float freely over the bass. It's that "floating" that generates a sense of "melodiousness".

When you think of a tune, you may think of chords that naturally go along with it. Or you may start by playing a chord progression you're fond of and singing a tune over that. In either case, once you have the tune, don't just assign that to the first chords that come to your mind that happen to fit. Try others and see if they make the tune feel deeper and more interesting. Try a relative minor! Try a chord inversion! The possibilities are really endless and so seldom explored.

Example: Let's say your melody contains the notes E, D, and C in three different measures, like this:

That would pair up nicely with a C, G and F chord, like this:

That's quite predictable, though - each note is consonant over its chord, and the melody moves in the same direction as the chords. What else would fit there? How about this:

Now we have contrary motion, and thus some melodicness! Or, for added richness, we can keep the same bass line but add a chord inversion:

Or we could build some energy and suspense with a little dissonance:

Or why should we start on a C chord?

During some movies, you can feel the point where the energy dies - where the story becomes predictable or simply gets lost. It's hard to recover from such a moment. The audience gets bored and tunes out - you've lost their interest! Music is similar. It's important to keep the listener in at least a little suspense at all times. When a song becomes predictable, it dies.

That's really the main principle underlying the other rules described in this post. A melody that follows the bass line creates no energy - it's predictable and doesn't create any suspense or dissonance; your only hope will be to get energy out of the performance. A melody that leaps up dramatically, especially to a note that's a little dissonant, generates tons of energy, which you can dissipate gradually as the tune edges back down. Sudden breaks in the melody also generate suspense. This topic deserves its own post!

I wanted to include some more principles here, but this post has already gotten long enough. Let me know if you want to hear more!